Skip to Main Content
Welcome to the United Nations
Language:

Has the UN ever been awarded the Nobel Peace Prize? 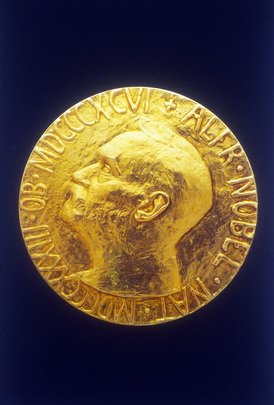 In 2001, the United Nations, as an organization, and Kofi Annan, as Secretary-General, won the Nobel Peace Prize

The following list of Nobel laureates includes UN organizations, people who were UN officials at the time of the awarding of the prize, and people who worked at the UN as diplomats or international civil servants.

1957: Lester Pearson, President of the 7th session of the UN General Assembly

2013: Organisation for the Prohibition of Chemical Weapons (OPCW)

In addition, several Nobel laureates have been appointed UN Messengers of Peace, including:

Disclaimer: answers are prepared by library staff using resources available at the time of writing. This site may include links and references to third-party databases, websites, books and articles, this does not imply endorsement by the United Nations.

Explore more than 800 FAQs in: